ATHLETES AT THE HEART OF VOLLEYBALL REVOLUTION 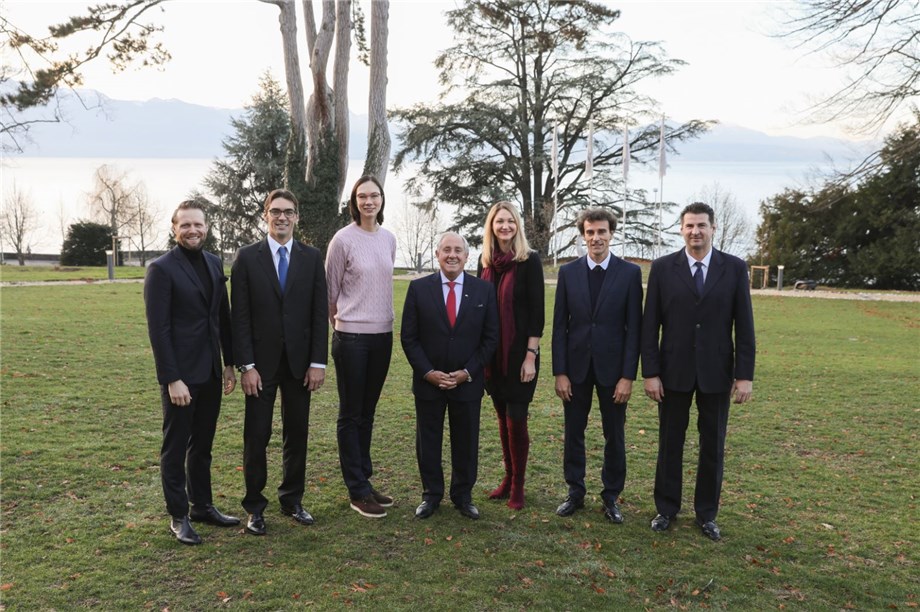 The FIVB Athletes' Commission met at the FIVB headquarters in Lausanne, Switzerland on Thursday.

Lausanne, Switzerland, January 25, 2018 - FIVB President Dr. Ary S. Graça F° sat down with some of volleyball’s iconic Olympians to discuss the latest developments at the FIVB. The Athletes’ Commission meeting was an opportunity for President Graça to speak more in depth about his vision for the Volleyball Nations League and the role of athletes in making the event a spectacle for volleyball fans globally.

“The Athletes’ Commission is a very important part of the FIVB and a bridge to the athletes from all over the world. Athletes are the stars of our sport and we want to create heroes for the fans,” President Graça said. “We want the Volleyball Nations League to revolutionise the sport like we have never seen before, and the players will be at the heart of this revolution. This is similar in beach volleyball, where the FIVB World Tour has greatly increased its number of events, increasing exposure for the athletes and bringing the sport closer to spectators globally.”

President Graça also spoke in depth about the role of technology at major events. In 2017, the Challenge System, which was introduced at the Olympic Games in Rio 2016, continued to play an important part in ensuring the right result. At the 2017 FIVB World League, 701 challenges were requested and 285 (43%) decisions were successfully overturned. At the FIVB World Grand Prix, out of 598 challenges, 262 (42%) were successful. Similar results were documented in the 2016-2017 FIVB Beach Volleyball World Tour (32.8%) and the 2017 Beach Volleyball World Championships (27.7%).

“The FIVB is committed to transparency and this must be reflected in our athletes,” President Graça added. It is my hope that each player will embrace the FIVB’s new mentality, performing at their best on and off the court, acting as one to be a role model for fans all over the world.”