Tehran, Iran, April 8, 2018 – The men’s national team of Iran have started their preparations for an action-packed international season. As of earlier this week, 29 players are training in Tehran, with another eight given more time to recover after the end of their club seasons before joining coach Igor Kolakovic’s squad.
The 2018 FIVB Volleyball Nations League and the 2018 FIVB Volleyball Men’s World Championship in Italy and Bulgaria are the two most important competitions in the upcoming season for Iran, but with the Asian Games also on the team’s 2018 calendar, Kolakovic will be relying on an extended group of players to cover the duration of the season. With the future of the national team in mind, he has also called up a number of young talents to give them a chance to shine at the senior level. 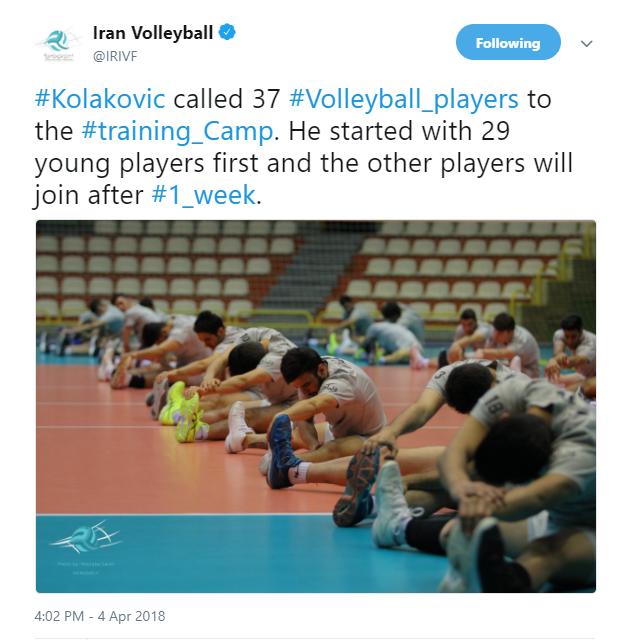 “My job is to support young players for the future of Iranian volleyball,” Kolakovic explained during a meeting with media representatives on Wednesday. “It was entirely my choice which players would be invited to the national team camp. They all have high zeal and great potential. Efforts and performance in training will be the only criteria for who makes the A team. Team discipline is the first priority for me.” 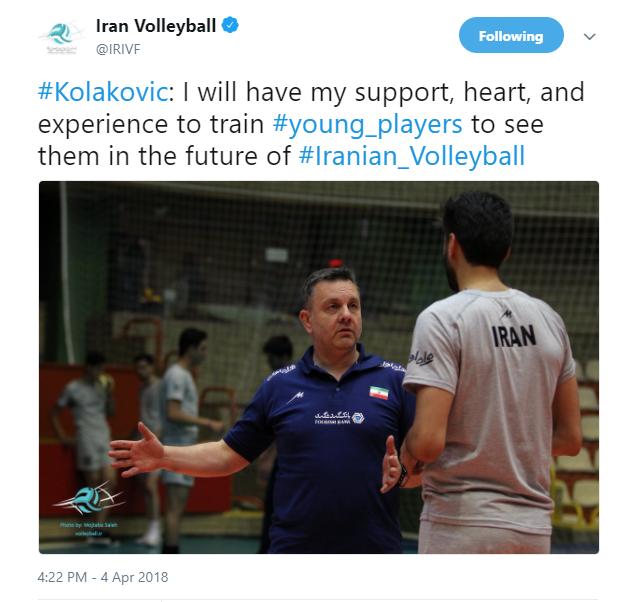 The Volleyball Nations League is the first major challenge for the Iranian team in 2018. The inaugural season of the new FIVB competition starts on May 25 for the men's teams. Two of the core teams taking part, Iran and Serbia, will meet in a couple of friendlies as part of their preparation for the five-week round-robin first stage of the VNL. The volleyball tournament at the 2018 Asian Games, where Iran have a 2014 gold medal to defend, will be held from August 19 through September 1 in Indonesia, some eight days before the Men's World Championship begins in Italy and Bulgaria. 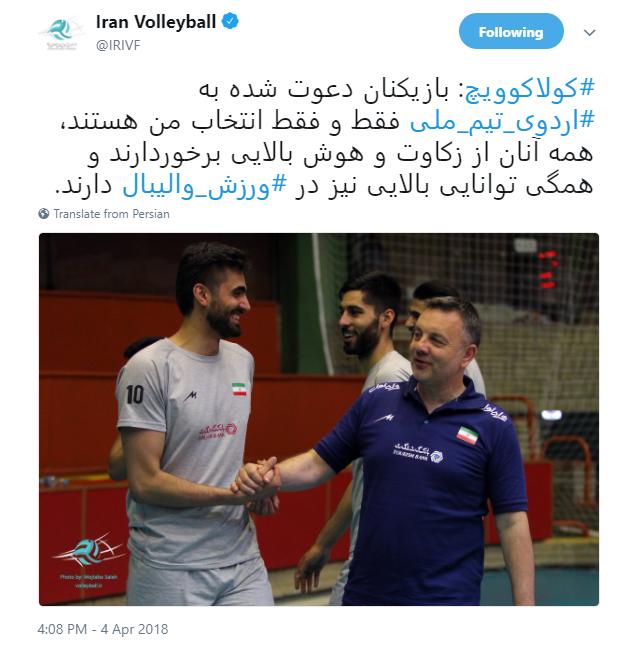 “The World Championship is held once every four years and is very important for the national team of Iran, so we have to carefully plan for it as well,” Igor Kolakovic said. “That is why some of our experienced players who have served both the national team and their clubs during this past season will get some rest. I’d rather see them well-rested, fit and without injuries when they join the squad later on.”
“I assure you that the first goal of the national team is to deliver good volleyball with players who enter the court to win and fight for each ball,” the coach continued. “This does not mean that the team will win all the games, but we will certainly try to do so. To achieve this goal, first we must prepare well.”
List of players, currently training with Iran’s national team: Javad Karimi, Rahman Taghizadeh, Salim Chaperli, Saeid Javaheri Tavana, Mohammad Razipour, Amir Mohammad Falahatkhah, Mahdi Jelveh, Abolfazl gholipour, Behnam Ebrahimi, Amir Hossein tookhteh, Mojtaba yousefi, Kiyavash Heidari, Mohammad Rasouli, Akbar Valaei, Mohammad Taher Vadi, Farhad Salafzoon, Saman Faezi, Masoud Gholami, Ali Asghar Mojarad, Ali Shafiei, Morteza Sharifi, Amir Hossein Esfandiar, Ghasem karkhaneh, Amir Ghafour, Pourya Yali, Mohammad Reza Hazratpour, Saber Kazemi, Mostafa Heidari, Meysam Salehi
To join later: Farhad Ghaemi, Mahdi Marandi, Milad Ebadipour Ghara, Mir Saeid Marouflakrani, Mohammadjavad Manavinezhad, Mojtaba Mirzajanpour, Reza Ghara, Seyed Mohammad Mousavi Eraghi