Lausanne, Switzerland, May 27, 2018 - Reigning world champions Poland and 2017 FIVB Volleyball World League gold medallists France are the only two teams on full points after the opening week of the inaugural 2018 FIVB Men's Volleyball Nations League that brings together the top 16 countries of the world in an almost two-month volleyball extravanganza.

They both opened their campaigns at home with three wins in as many matches over the weekend collecting full points on each to lead the standings after Week 1.

Here's the highlights of Week 1:

• Poland beat Korea 3-0, Russia 3-0 and Canada 3-1 to take pole position in the table.
• France (who already have their spot in the Finals as hosts) downed Iran 3-1, Japan 3-1and Australia 3-0.
• USA survived Argentina 3-2 and went on to beat Bulgaria 3-1 and China 3-0.
• Italy stunned reigning Olympic champions Brazil in five engrossing sets. They also beat Germany 3-1 and Serbia 3-0.
• Italy's Ivan Zaytsev made the 'Over 30s' club when he scored 32 points against Brazil in Kraljevo. Italy overall served a tournament-high 14 aces in this match.
• Zaytsev also leads the overall Top Scorers list after Week 1 on 69 points, followed by China's Chuang Jiang on 56 and USA's Taylor Sander on 54.
• Polish fans swarmed to Spodek Arena in Katowice and Tauron Arena in Krakow for a combined attendance of 46,575 across the six matches of Pool 3.
• Argentina, Germany, Australia and Korea still seek their first wins in the tournament after three matches played. 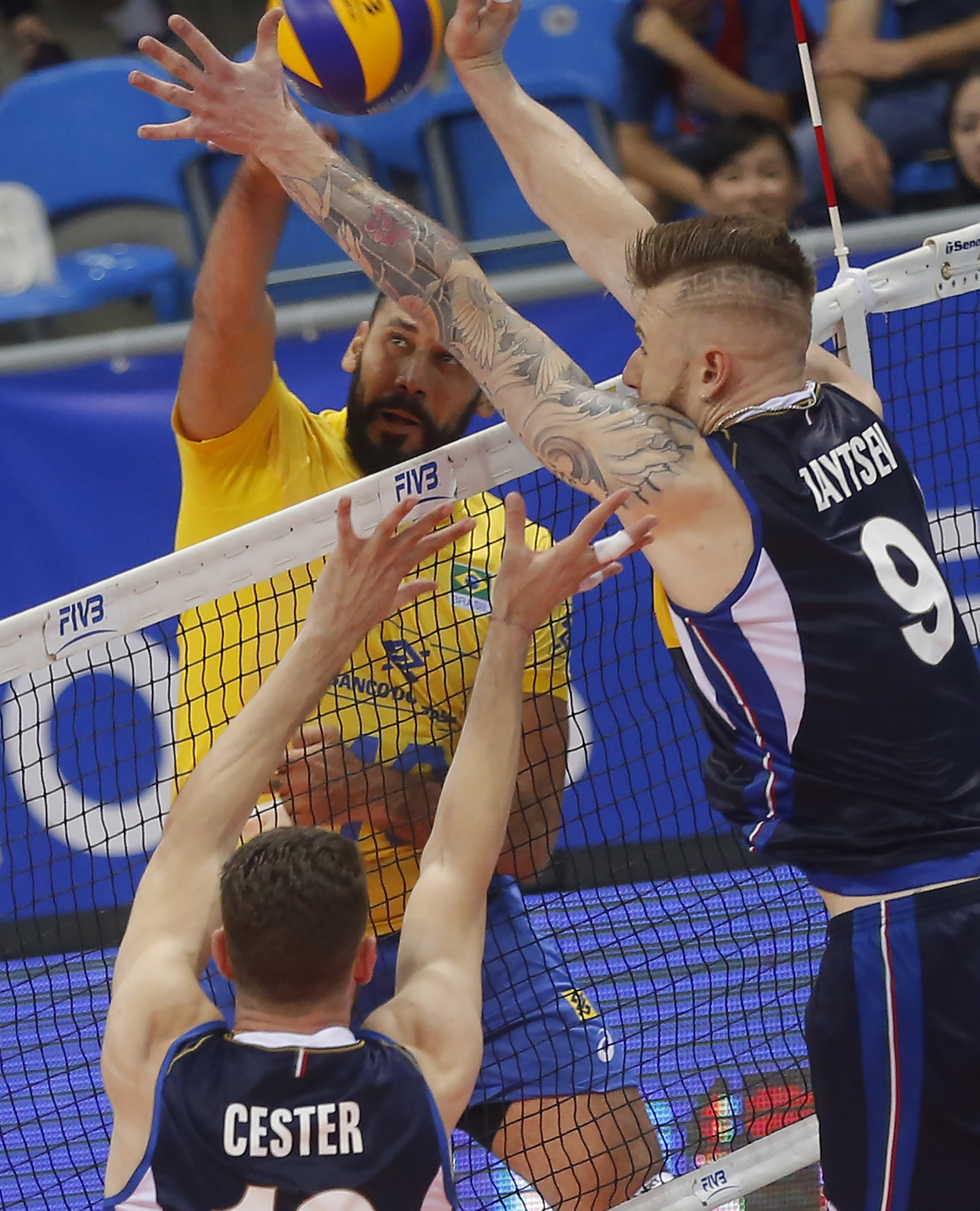 Ivan Zaytsev blocks Mauricio Borges for one of his 32 points against Brazil in Kraljevo. 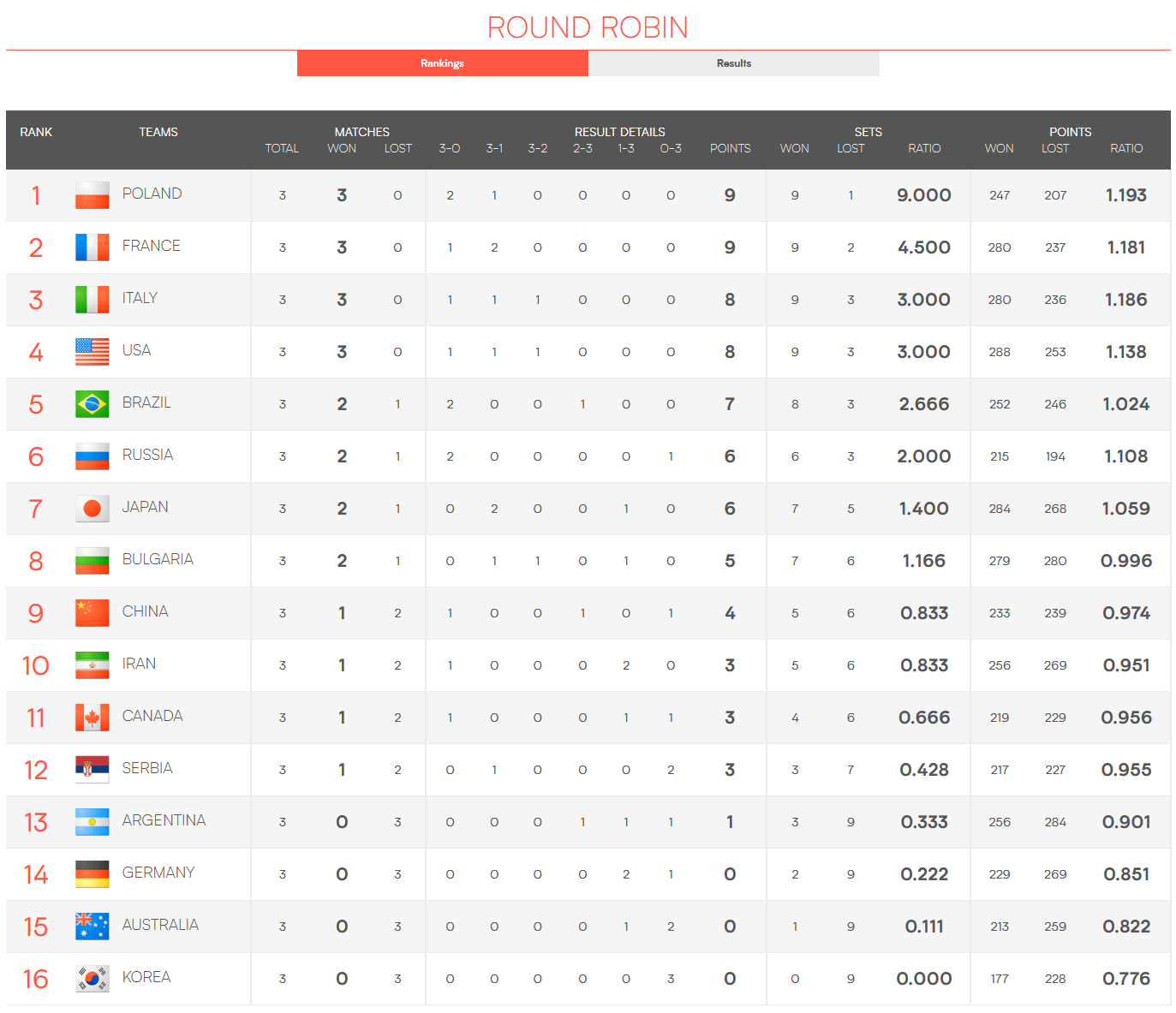