Men's VNL leaders avoid each other in tight race

Lausanne, Switzerland, June 7, 2018 - The top three teams in the 2018 FIVB Men's Volleyball Nations League table face opponents further down the standings as Week 3 of the competition opens on Friday in what continues to be a very close race in the search for the five available tickets to the finals in Lille next month.

Poland, Brazil and USA are all on 5-1 records at the top of the standings, after some stunning Week 2 results left no team undefeated.

Poland, who suffered a shock defeat to Germany last week, travel to Osaka where hosts Japan also entertain Bulgaria and Italy. Meanwhile, Brazil, who handed USA their first defeat of the season last week in an epic five-set comeback, are in Ufa where Russia also host China and Iran. And USA themselves travel just north of the border to Ottawa to take on hosts Canada, Australia and Germany.

Check out the full schedule of Week 3 here.

And here's what to watch out for this week:
• Will Poland pick up the pieces after their stupefying loss at home to Germany?
• Can reigning Olympic champions Brazil build on the momentum after their monumental comeback win over USA?
• Can USA bounce back after suffering their first defeat of the season last week, after dropping a two-set lead over Brazil?
• With a tournament-high 37 points against China last week, China's Chuan Jiang has overtaken Italy's Ivan Zaytsev as overall top scorer in the 2018 VNL, on 135 points to 119 - but can the 24-year-old Chinese opposite keep it up? 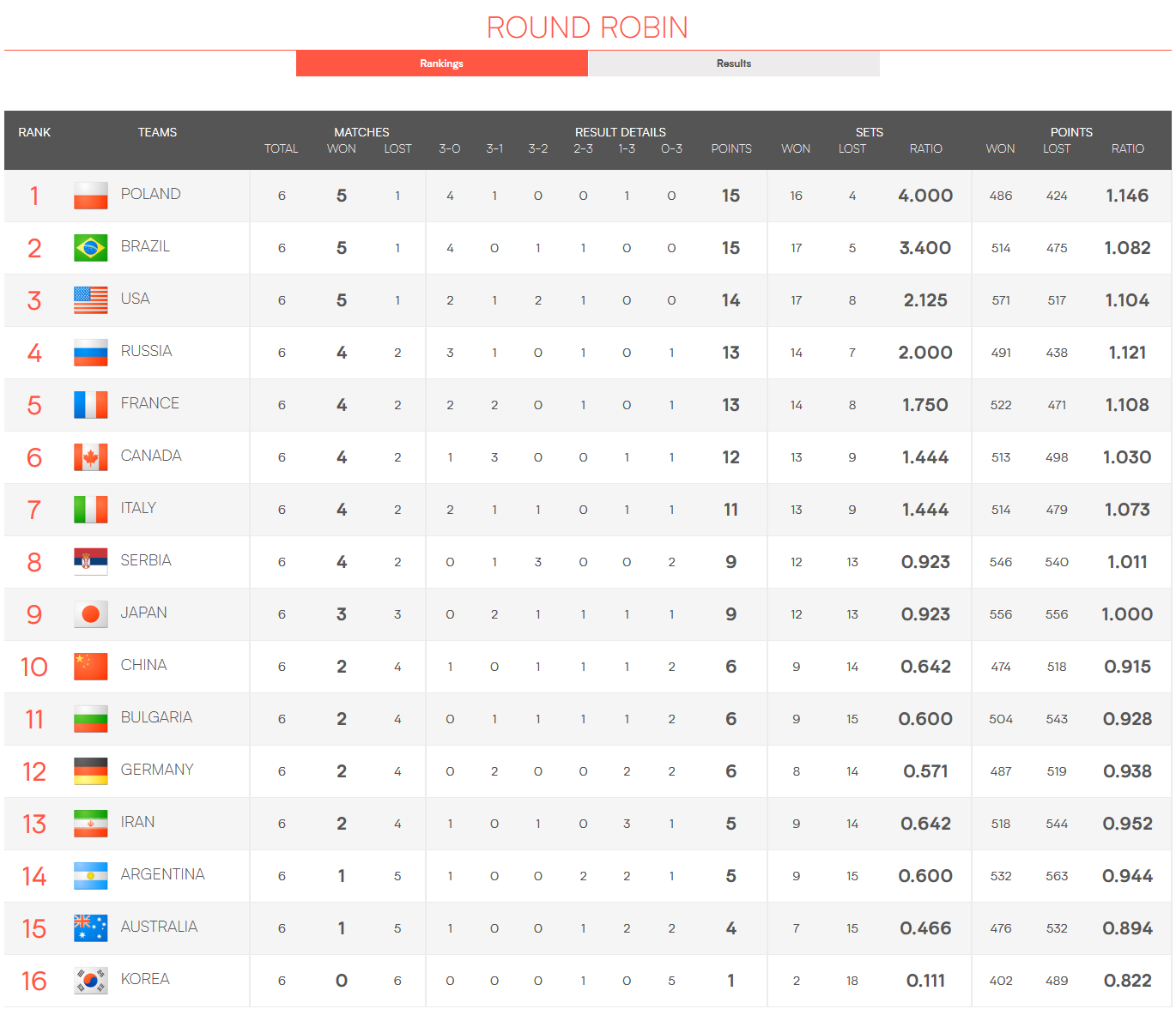