Lausanne, Switzerland, September 28, 2018 – With the 2018 FIVB Volleyball Women’s World Championship just hours away, the world’s best 24 teams are flocking to Japan, where six different cities will host the tournament running from the first whistle at 13:10 local time (04:10 GMT) on September 29 through the gold medal game on October 20.
In comparison to the Men’s World Championship finishing up this weekend in Italy, the women’s event will follow a slightly different formula with as many as 103 matches, including the grand finale in Yokohama. 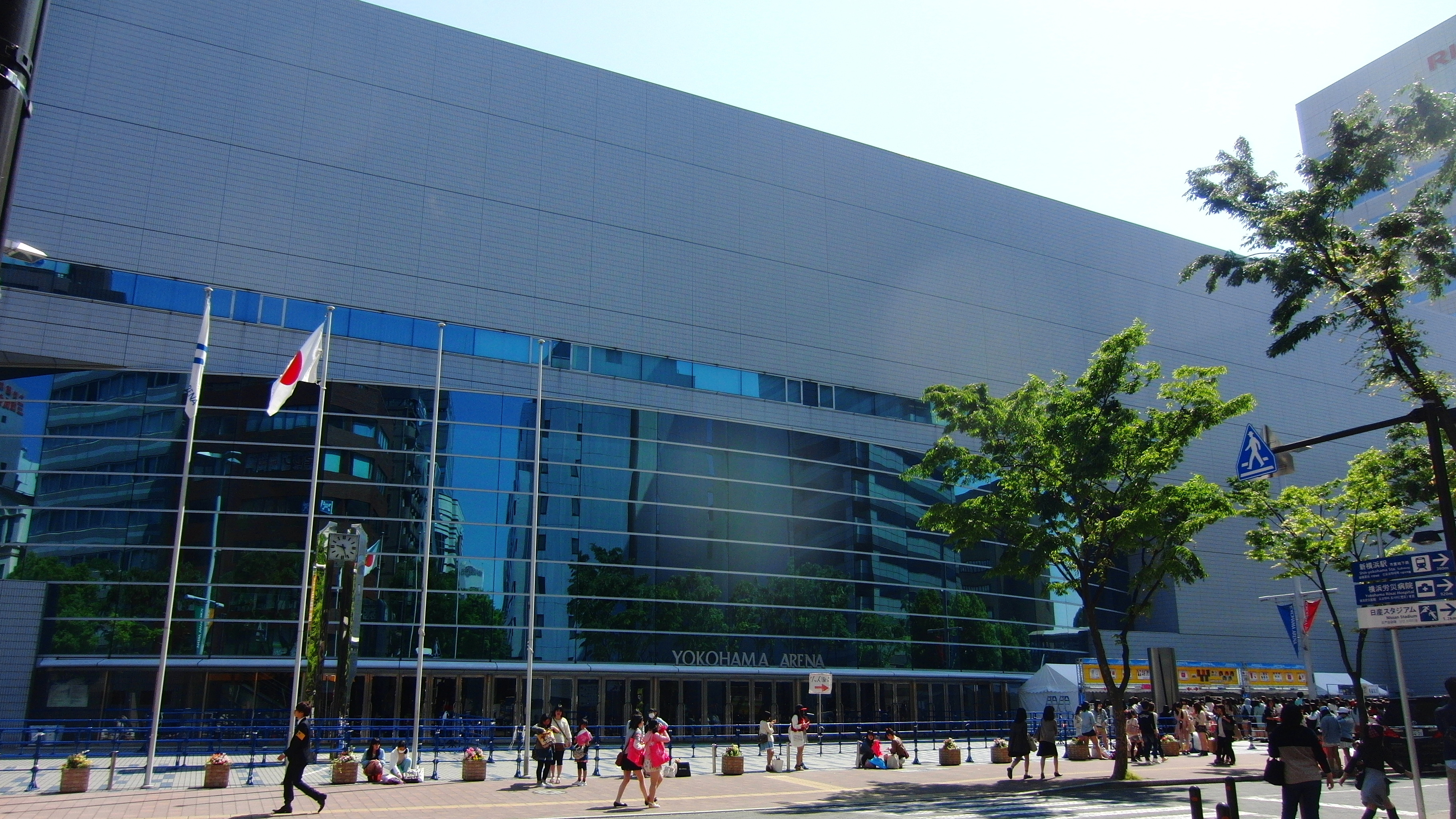 The 12,000-capacity Yokohama Arena will host the medal matches of the 18th Women's World Championship
In the first round, the participating teams are split into four round-robin pools of six. The top four from the final standings in each pool will advance to the second round, where the surviving squads will shape up two pools of eight, with the teams emerging from Pools A and D combined in one group and those from Pools B and C in another. In each of the two second-round pools, each team will play only against the four rivals they did not meet in the first round.
The best three from each second-round pool will progress to the third round, where two round-robin pools of three teams will determine the four semifinalists. The two third-placed sides will face each other in a direct battle for the fifth place. 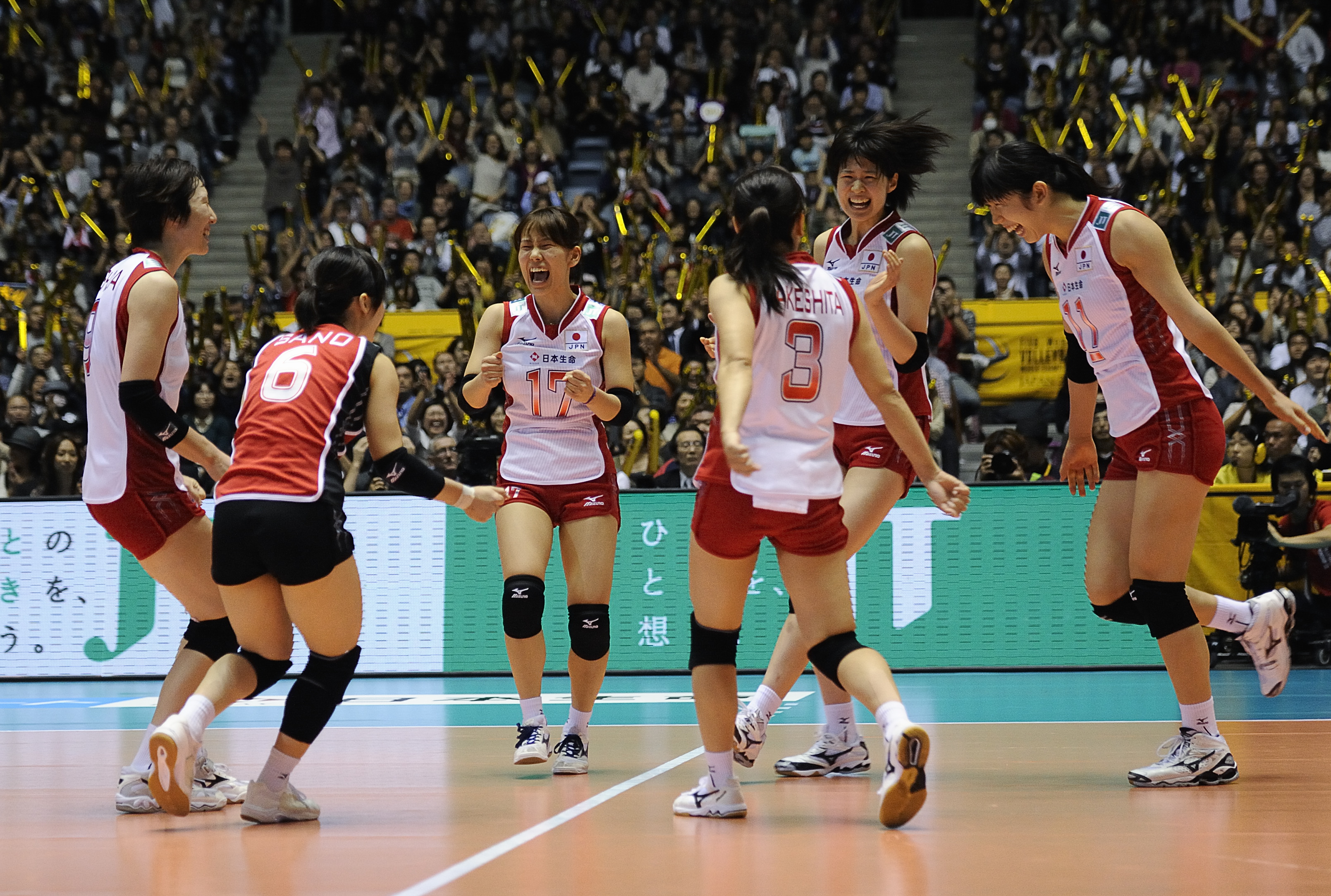 Japan triumph with their home victory in the bronze medal match of the 2010 World Championship
After 1967, 1998, 2006 and 2010, Japan will host the World Championship for a record fifth time. With three gold, three silver and one bronze medals, the Japanese are the second most decorated team in the history of the competition. Their most recent podium dates back to the previous time they hosted the championship, in 2010, when they ended up third. Japan will start the 2018 World Championship in Pool A in Yokohama in the company of Argentina, Cameroon, Germany, Mexico and the Netherlands.
They will all be keeping an eye on Pool D in Hamamatsu. Serbia, reigning European champions and silver medallists from the last Olympic Games in 2016, who will be looking for their second World Championship medal, are one of the big favourites in that pool, with South American powerhouse Brazil, bronze medallists from the previous World Championship, the other. The Dominican Republic, Kazakhstan, Kenya and Puerto Rico are the other hopefuls for success in Hamamatsu. 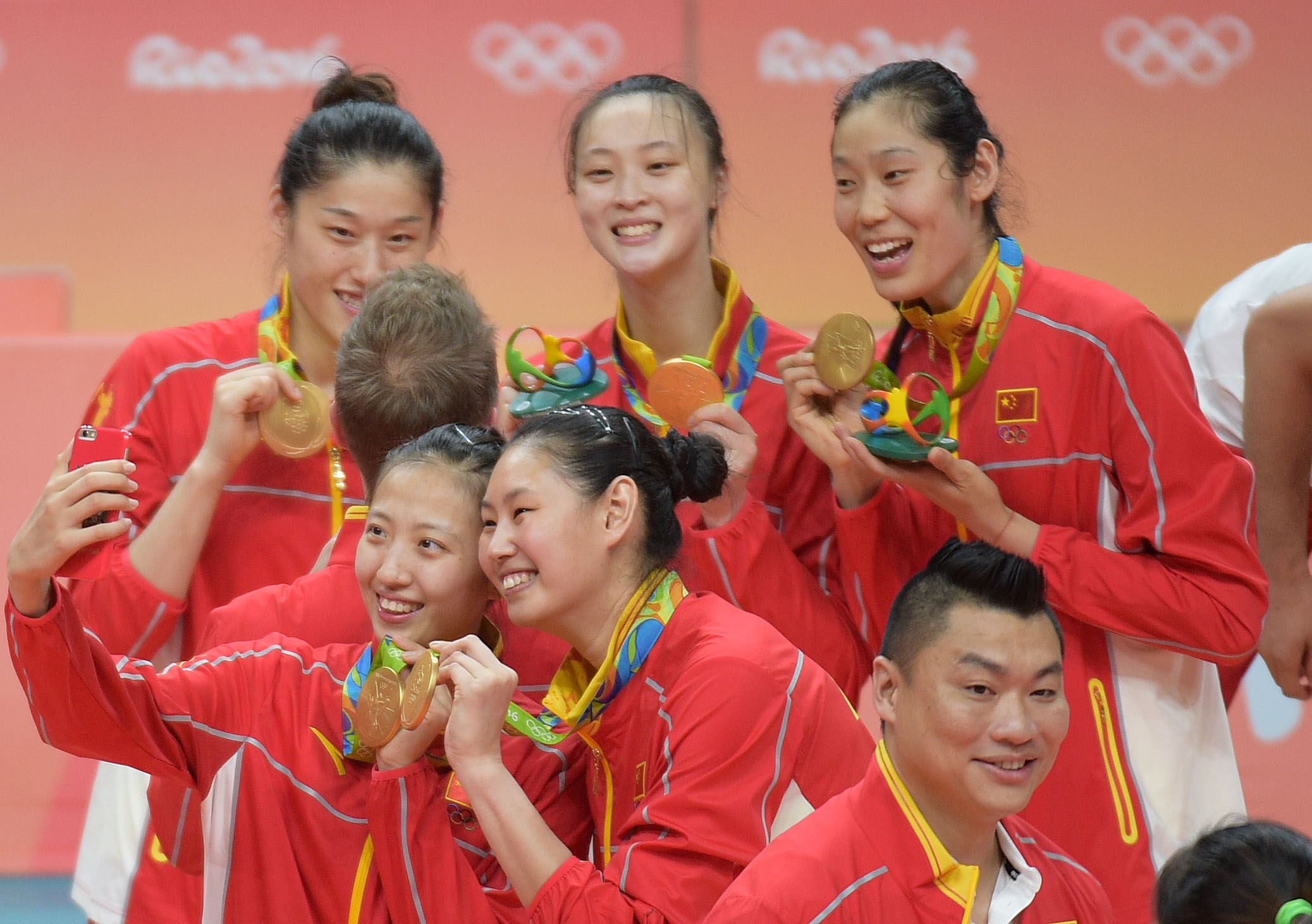 China triumph with the gold medals at the 2016 Olympic Games
Reigning Olympic champions and 2014 World Championship runners-up China lead Pool B in Sapporo. What seems to be the toughest group in Japan will also be contested by the teams of Turkey, silver medallists from the inaugural Volleyball Nations League earlier this season, Italy, semifinalists in three of the previous four editions of the World Championship, and Bulgaria, winners of the 2018 European League and the 2018 FIVB Challenger Cup, alongside the aspiring squads of Canada and Cuba.
Current world champs USA will start the defence of their title in Pool C in Kobe. Having also won the VNL and the Pan American Cup earlier in 2018, as well as bronze at the Rio Olympics, the Americans are heavy favourites not only in this pool, but also in the whole tournament. In Kobe they will be in the company of Russia, the most decorated team in the history of the World Championships (also as the Soviet Union). Having medalled in six of the last seven editions for a total of 13 podium placements (seven gold, two silver and four bronze medals), at the 18th World Championship the Russians will again be a force to be reckoned with. Azerbaijan, Korea, Thailand and Trinidad & Tobago are the other four squads battling it out in Kobe.
The second-round pools will be hosted by the cities of Nagoya and Osaka. Nagoya will also welcome the six participants in the third round, after which the teams qualified will move to Yokohama for the semifinals and the final placement matches. 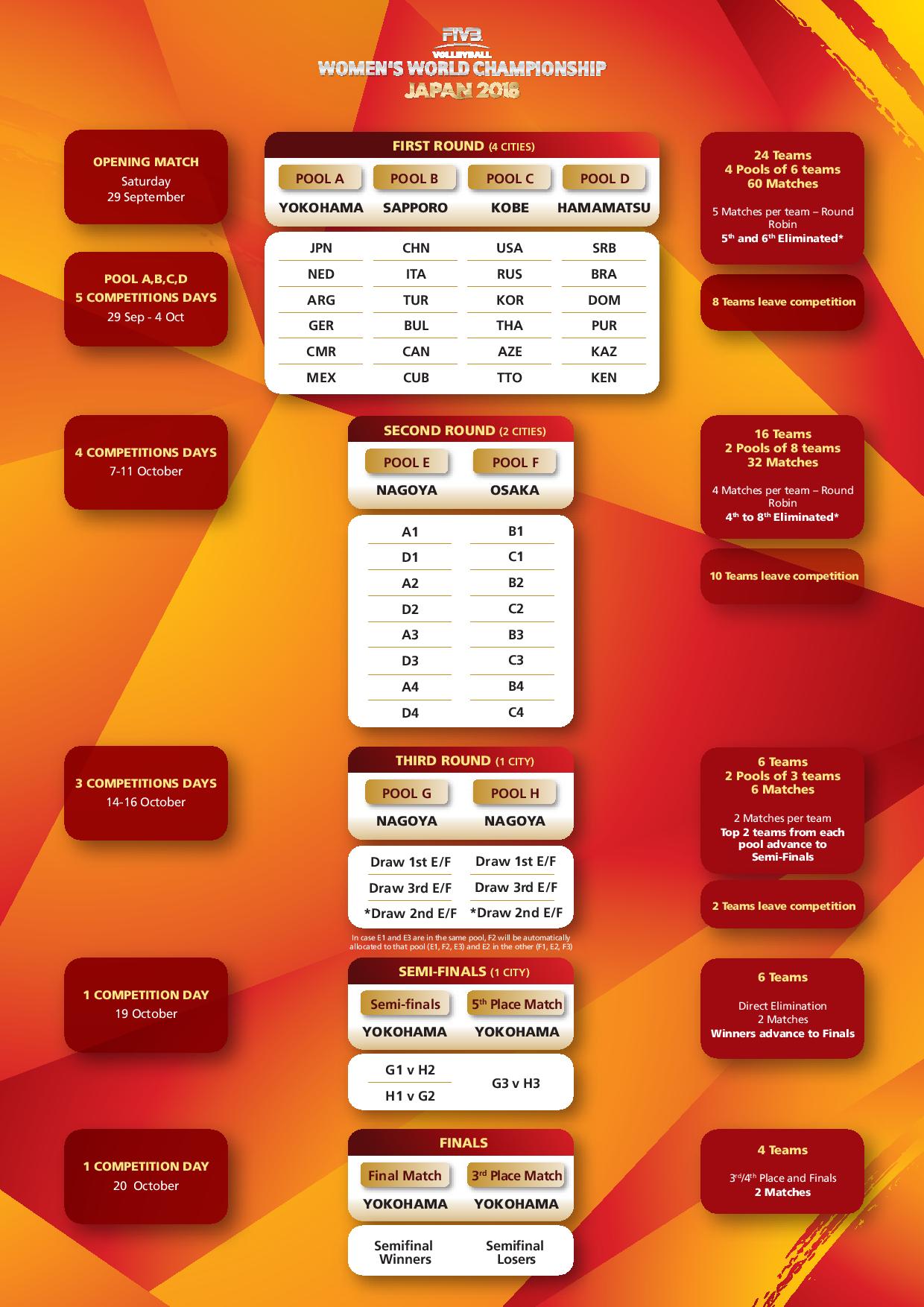