Russia celebrate the first ever title of the men's Volleyball Nations League after last year's final in Lille.

Russia's men will be defending the title they won in the inaugural VNL, last year in Lille, when they beat hosts France in the final. The two finalists of 2018 are joined by Argentina, Australia, Brazil, Bulgaria, Canada, China, Germany, Iran, Italy, Japan, Poland, Russia, Serbia and USA. Portugal are the newcomers to the competition, after winning last year's Challenger Cup, to replace Korea, the lowest placed challenger team in 2018.

In the women's competition USA are out to defend their title from last year, when they edged Turkey in an incredible final in Nanjing. Alongside the two are Belgium, Brazil, China, the Dominican Republic, Germany, Italy, Japan, Korea, the Netherlands, Poland, Russia, Serbia and Thailand. Bulgaria, who won last year's Challenger Cup will be replacing Argentina in this year's edition of the VNL. 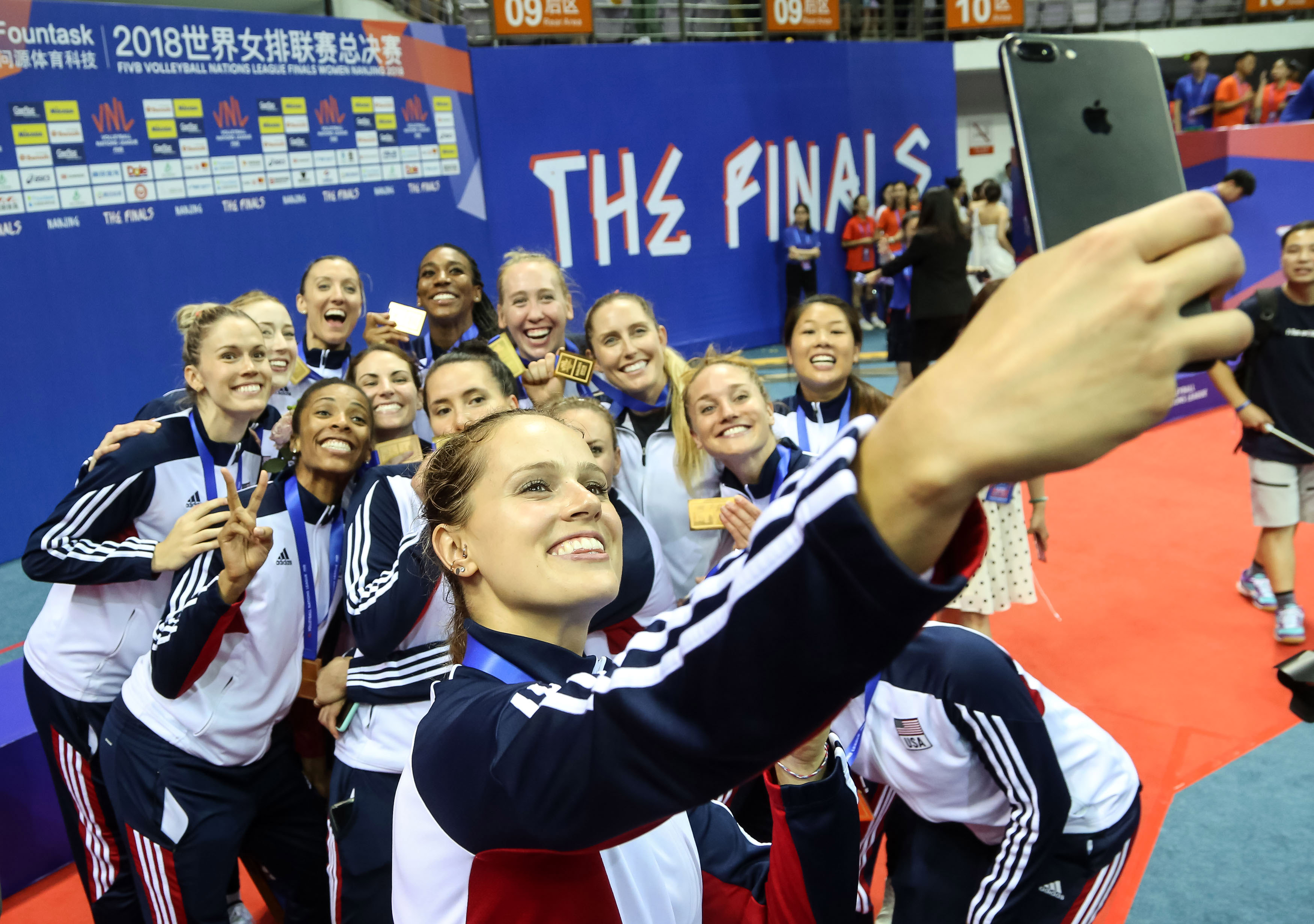 USA take a selfie after becoming the first country to win the women's Volleyball Nations League in last year's inaugural edition in Nanjing.

The two competitions will run in parallel throughout May and June with the men playing on weekends and the women on weekdays, before it all comes together with the two Final Six competitions - July 3-7 in China for the women and July 10-14 in USA for the men. The women's pool round matches begin on May 21 and the men's on May 31.