What is the most complicated role for you - player or coach?

Karch Kiraly: I always look ahead

Lausanne, Switzerland, February 5, 2019 - Charles Frederick “Karch” Kiraly is one of volleyball's true legends. He is the only player in history to have won Olympic gold in volleyball (1984 and 1988) and beach volleyball (1996). Currently the coach of the USA women’s volleyball team, he has led the team to numerous successes including victory at the FIVB Volleyball Women’s World Championship in Italy in 2014 and at the inaugural edition of the FIVB Volleyball Nations League in 2018.

In this interview with fivb.com, he talks about his early years as a volleyball player, his love of the sport, the secret to his success, and the difference between playing and coaching. 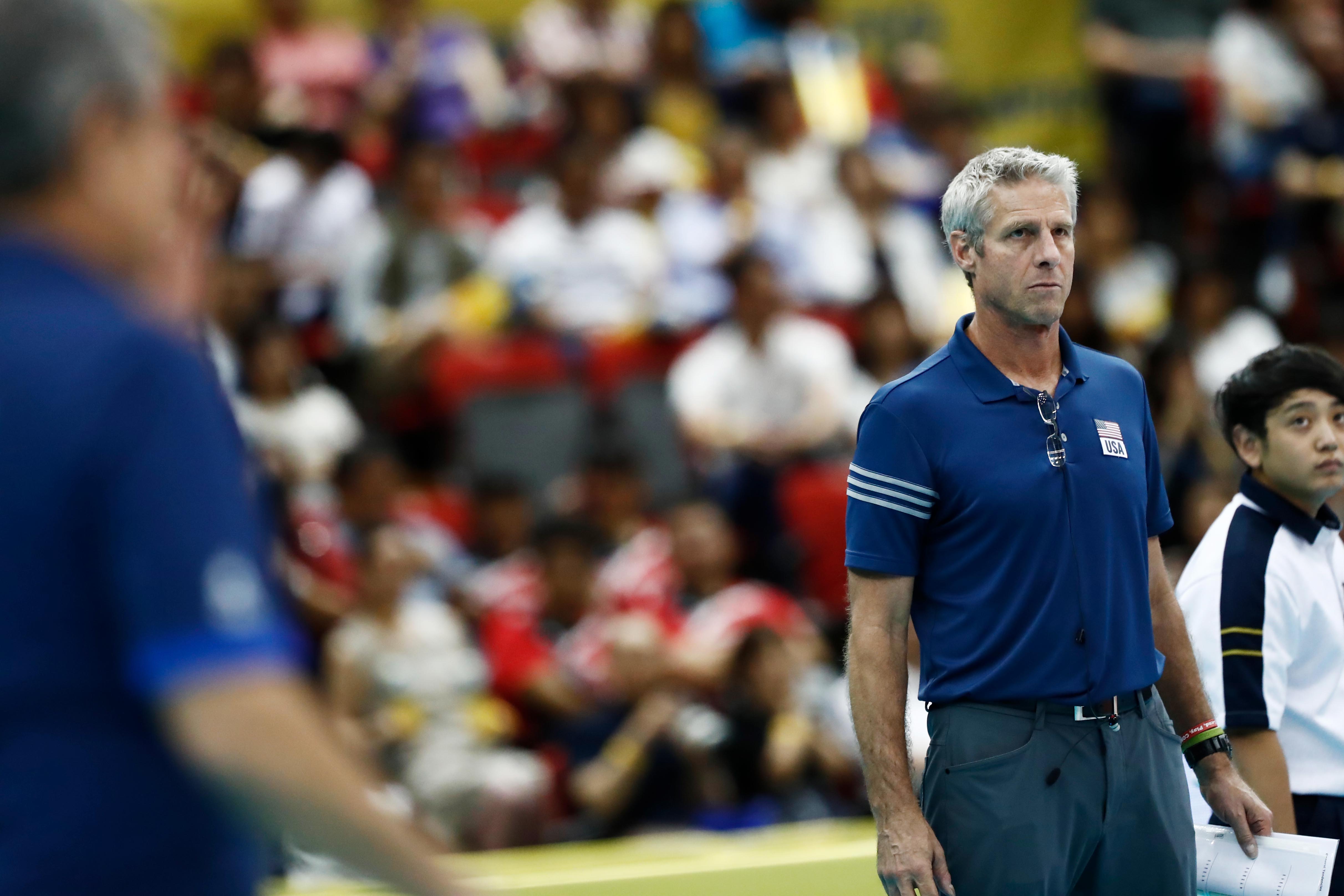 Was it love at first sight between you and volleyball?
Kiraly: I have to tell you a little story about that. Back when I started playing volleyball, my father was in the middle of training to become a doctor and had to work really hard. He only had time at the weekend, so that was when we often played volleyball. It was father and son time, which we both enjoyed. For that reason, volleyball has always been very special for me. But it is simply a genial sport - you have fun, learn to solve problems and work in a team.

Which discipline is your favourite – volleyball or beach volleyball?
Kiraly: I love them both. I started out on the beach and only switched indoors when I was 16. I then had a really fantastic time in the national junior team and then later in the men’s team. Then I went back to the beach and my first love. And now I am back in the hall, as coach. As such, volleyball is my greatest love at the moment.

What are the big differences between beach volleyball and volleyball?
Kiraly: Volleyball is far more complex and more of a challenge. You need six players who work perfectly with each other in order to be successful. The degree of specialisation required from the players is far greater than in beach volleyball. The game is easier with just two protagonists on each side of the net. You have to be an all-round talent. However, beach volleyball also has its own special beauty.

Is there a moment in your career as a player that stood out above the rest?
Kiraly: Every gold medal was very special and it was obviously very special to win the first Olympic gold medal in the history of beach volleyball in Atlanta in 1996. However, I am not the kind of person to look at the past. I always look ahead to the next goal.

Is that the secret to your success?
Kiraly: Quite possibly. I do look back sometimes, to learn from the past. However, my focus then switches straight back to the next goal. I have done that all my life. At the moment, I am primarily thinking about how I can make the USA women’s volleyball team the number one in the world.

Is Tokyo 2020 your big goal?
Kiraly: Exactly. That is what we are working toward. I do not have a plan yet after Tokyo 2020.

How have coaching methods evolved in volleyball?
Kiraly: I have been fortunate enough to have played under a lot of great coaches – in high school, college, and in the US teams. I learned a lot from them. It is still important to make training game-like. However, volleyball has obviously evolved. The game is faster, the players are bigger, and they hit the ball harder than in my day. You have to adapt to that. There are also far more staff involved nowadays.

How has beach volleyball developed since your time?
Kiraly: The game has become far more aggressive, especially with the jump serves. The sport is also much bigger than it was back then. When I started out, there was nothing - no statistics, no masseurs, no psychologists, no trainers and co-trainers. You have all those things today. The players just used to figure it out. We learned an incredible amount that way - about ourselves, and also how to react to problems. That was training for life. Learn to be a better learner. Learn to solve problems on your own.

What is the most complicated role for you - player or coach?
Kiraly: Definitely the role of a coach. As a player, you obviously have to perform and be a good team-mate. However, as a coach you have far more responsibility for the entire programme. This forced me to learn a lot.

Did you have an idol as a volleyball player?
Kiraly: When I started out, I used to admire a few beach volleyball players from the USA. Later on, Larry Rundle was my big idol in volleyball. He played for the USA at the Mexico 1968 Olympic Games. They beat the Soviet Union in the first match. That was their only defeat on the way to Olympic gold.