Manila, Philippines, October 3, 2016 – Local organisers are leaving no stone unturned in ensuring the security of participants, fans and officials visiting the 2016 FIVB Volleyball Women’s Club World Championship set to take place at the Mall of Asia Arena in Manila from October 18 to 23.The Larong Volleyball sa Pilipinas, Inc. (LVPI) and the Philippine Superliga (PSL), organisers of the event, have received assurances from Philippine National Police Chief Gen. Rolando “Bato” Dela Rosa that the event, which will gather the eight best club teams from around the world, will be treated in a manner befitting an international political and economic conference in terms of security.This was ensured by no less than PNP Senior Superintendent Romas Colet Apolinario, Deputy District Director for Operations of the Southern Police District, who was put in charge of the Women’s Club World Championship delegates.Also manning the welfare of the athletes, coaching staff and officials of the International Volleyball Federation (FIVB) and the Asian Volleyball Confederation (AVC) for the event which has Eventcourt as its international organizer, is PNP Senior Superintendent Joel Napoleon Coronel of the Manila Police District.

Zaytsev: „Berruto was selfish“; Berruto – „I hope prosecutor will intervene“

Italian men’s volleyball superstar Ivan Zaytsev has never hid that he did not like the way of work of former Italy National Team head coach Mauro Berruto. These two have been waging war since Berruto expelled Zaytsev from the national team in July last year.

„He was posing as selfish and it was only sprouting. He said he was the main man of the squad, but the opposite was true... In the World League in Florence in 2014 was the limit of endurance of the relations that were created in the squad because of him,”Zaytsev said, among other things, about Berruto in recent interview for “SportWeek”.

Giba addresses the participants of the Workshop in Buenos Aires ahead of the 35th FIVB Congress.

Never Give Up – Giba tells Federations 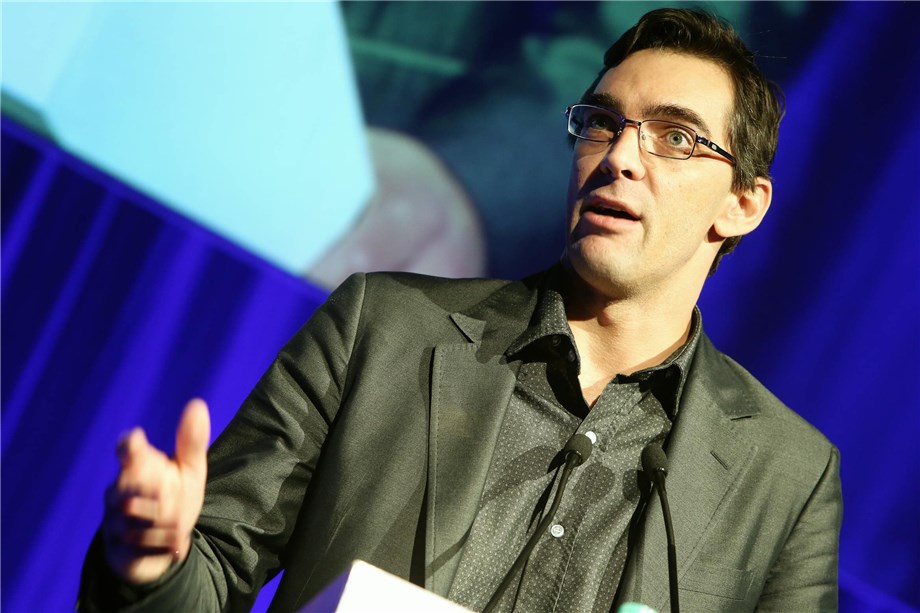 Brazil volleyball legend and newly-elected Athletes Commission President addresses the National Federations at the Workshop in Buenos Aires ahead of the 35th FIVB Congress.

Buenos Aires, Argentina, October 4, 2016 - He's picked up an Olympic gold in Athens 2004 and two more silver in Beijing 2008 and London 2012 amongst dozens in other competitions, but for Brazil legend Gilberto Amauri de Godoy Filho - better known as Giba - it's not just about the medals.

Buenos Aires, Argentina, October 4, 2016 - FIVB President Dr. Ary Graça opened the development workshop for national federations in Buenos Aires today by calling on the participants to actively join the global volleyball family’s conversation. The workshop takes place a day before the opening of the FIVB’s 35th World Congress in the Argentinian capital.

“As a family, we are all working together. And for me it is always important for the FIVB to be a good example for you.  At the FIVB we have been working hard to provide you with opportunities to grow volleyball,” said President Graça in his opening remarks. “Almost everybody at the FIVB has experience of managing a national federation. This is very important for us. Strong national federations are the foundation on which our house is built.”

Lang Ping has finihed a four-year Olympic cycle at the helm of Chinese Women’s Volleyball National Team in the best possible way – by winning the gold medal in Rio.

Yesterday, on September 30, was the last day of Lang Ping’s contract with Chinese Volleyball Association. As media in that country wrote, there are slim chances that she will agree to do another Olympic cycle as China’s head coach.

Nevertheless, the two sides will have enough time to start negotiating on Ping’s contract extension because Chinese Women’s NT does not have major obligations until next April.

The main reason why Ping will probably end her adventure on China’s bench is her desire to rest and devote to her family.

NO Italian Citizenship For Leonel Marshall

The Cuban Volleyball Curse adds another victim and he is none other than Leonel Marshall.

The outside hitter applied for citizenship so he could play for Italian club team, LPR Piacenza, as an Italian but his applicaton got denied and he may now end up looking for another team.

“Leonel is not giving up on his case and may now seek the help of the Cuban Federation. Piacenza is also doing their best to get his citizenship approved and play with the team. The struggle is real for both parties.” according to a source who is familiar with the case.

PSL Manila coach Branislav Moro and his players have completed their first week of preparation for the FIVB Volleyball Women’s Club World Championship in Manila from October 18 to 23.

The players are developing chemistry on and off the court in preparation for the international federation's flagship event for women's club teams.Team captain Rachel Anne Daquis and Jovelyn Gonzaga of RC Cola-Army Troopers, Frances Molina and Jen Reyes of Petron Tri-Activ Spikers, Mika Reyes and Kim Fajardo of F2 Logistics Cargo Movers and Jaja Santiago of Foton Tornadoes all reported to the training camp in perfect shape as they brace for a highly competitive tournament featuring the world’s best volleyball players.