Kurek has health problems, he lost weight and is currently waiting for test results

It is still a big question whether Bartosz Kurek will join JT Thunders for the 2016/17 season, or he will be forced to terminate contract with the Japanese club.

At first, Polish media published that Bartosz Kurek may have decided to give up on his contract with JT Thunders, so that he could stay home with his girlfriend Anna Grejman. However, the player’s manager denied those rumors and stated that the matter is much more serious…

What do you teach first, the Approach or the Armswing? The reason I bring up this question in an article about the skill of attacking is to ponder the question as to whether you believe the approach or the armswing is more important, or maybe you feel that they are equally important in becoming an efficient and consistent attacker.

Italian volleyball expert Roberto Piazza will have hard task in Azimut Modena after historic previous season of the club in which they took “triple crown” but most importantly men’s national championship title after 14 years. The appetite of Modena fans has certainly increased and most likely, they will not satisfy with less in the 2016/2017.

WorldofVolley will do live coverage of Italian Men’s Volleyball Super Cup. You can expect play-by-play, lots of stories, interviews and videos from the scene.

“I feel very well because I returned in the most important league in the world. I certainly have not forgotten the Italian league because, thanks to the media, I have followed several matches from abroad,” Piazza said after coaching in Poland, Greece and Qatar in last two years.

Modena fans want the club to repeat last season’s stunt when it took three trophies – League, Cup and Super Cup. And Super Cup is the first trophy which you will have to defend after being appointed as the coach. How did you prepare your team for the semifinal match against Diatec Trentino?

“We will immediately play against Trentino, the new team of former coach (Lorenzetti)...Life is strange (laughs). But our focus is on ourselves. Luckily, I have strong players and they will know how to behave at the beginning of important challenges,” Modena coach stated.

You seem to be an expert in winning the Super Cup since you won it seven times before with Sisley Treviso as an assistant coach. What is the key of playing good volleyball and winning trophies in early stage of the season like now?

“Daniele Bagnoli is really the expert with whom I won several times in Treviso... In this kind of competition, as head coach, I’m a rookie. There are no special keys to win...only one thing: to play to the best of your current possibilities,” Piazza added.

The District Court of Pirkanmaa, Finland, found five members of Cuba Men’s Volleyball National Team guilty of raping a woman and sentenced them to 23 and a half years in prison.

Four players, Gavilán, Calvó, Uriarte and the team’s captain Cepeda, were sentenced to five years in prison while a fifth player, Sosa, was sentenced to three and a half years. Besides being sentenced to prison, the five players will have to pay 24,000 euros in compensation to the victim.

Manila, Philippines, September 9, 2016 – Tickets are now available for the FIVB Volleyball Women's Club World Championship 2016, with fans now able to purchase tickets to experience some of the best volleyball players in the world at the Mall of Asia Arena in Manila. 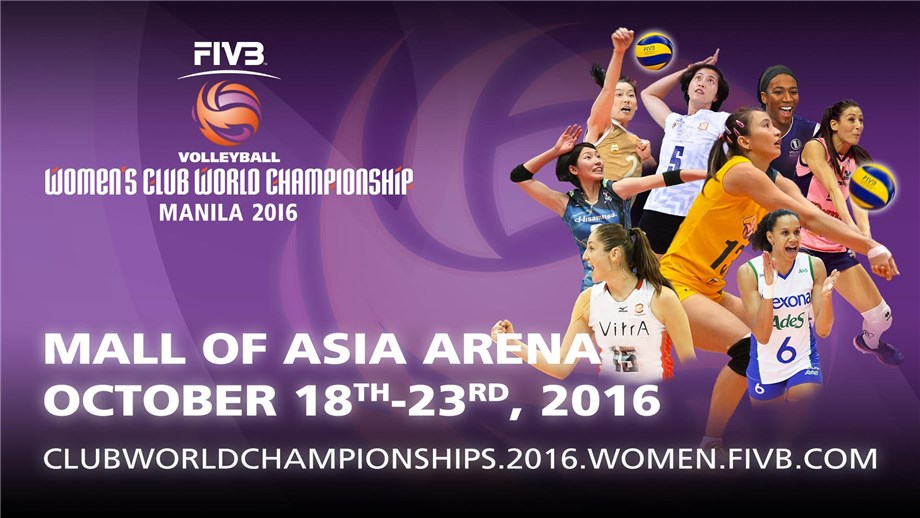 PAN AMERICAN U-23 ARGENTINA IS THE NAW CHAMPIONS 2016

Championship had Nicholas Lazo as top scorer with 20 points while German Johansen who later became the Most Valuable Player of the Tournament scored 16 and Gaston Fernandez finished with 12.

The Cubans who tried to get back on the match in the fourth set worked hard with Miguel Lopez, who scored 21 units and also with Osniel Malgrejo, who registered 10. Blocking game was tied with 7 converted points on each side of the net while in services Argentina had a 7-5 advantage.

Karch Kiraly in Poland: “This is even better than NBA all-star game”

Legendary USA volleyball player Karch Kiraly was impressed by the organization of Pawel Zagumny’s farewell match, saying that this could be organized only in Poland.

“I’m impressed. This is a very good organization I don’t know what you have done to make such an event with so many fans. I feel think this is even better that the NBA all-star game. I wish this could happen in other countries. Brazil have their legends, Italy, Russia, USA as well, but such Poland only can organize such a spectacular event,” says Karch Kiraly.

Serbian opposite will spend the next season in Modena!

Two sides had agreed all terms already before the Olympic Games, while now the deal is officially confirmed. Jovana Brakočević has joined Liu Jo Nordmeccanica Modena!

The brand new Italian team, which was created this summer by merging Liu Jo Modena and Nordmeccanica Piacenza, has therefore completed the roster for the 2016/17 season.

Also, the club got stronger for Dutch middle blocker Yvon Belien, who joined team trainings after she had some extra time off due to the participation at the Rio Olympics.