Lausanne, Switzerland, December 20, 2017 – The International Volleyball Federation (FIVB) and Eventcourt are pleased to award the Province of Zhejiang the right to host the next two editions of the FIVB Volleyball Women’s Club World Championship in 2018 and 2019. 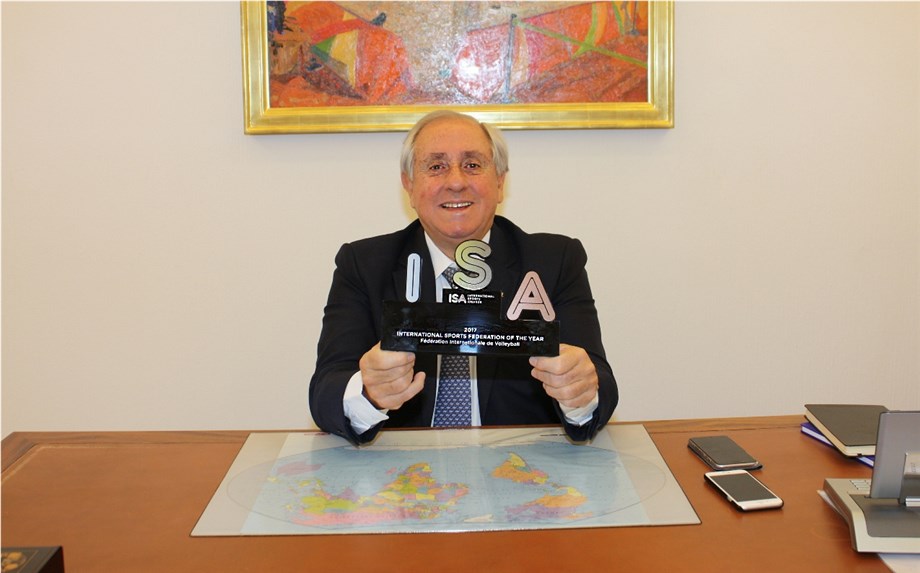 Krakow, Poland, December 17, 2017 - As of Sunday night Zenit Kazan are the proud holders of the most coveted title in club volleyball, after completing a clean sweep of the 2017 FIVB Men's Club World Championship without dropping a single set on the way.

Opole, Poland, December 14, 2017 - Semifinals pairings are confirmed at the 2017 FIVB Men's Club World Champioship, at the conclusion of pool play on Thursday evening across the two pools in Opole and Lodz.

Markovic and two-time Honorable Mention All-America recipient Williams led the Panthers to their first ACC Championship in 2017 and back-to-back NCAA postseason appearances since 2003-2004.

Lodz / Opole, Poland, December 12, 2017 - The home fans in Poland have a reason to be cheerful after the first competition day of the FIVB Volleyball Men's Club World Championship, as both of their favourite teams celebrated victories.
The victory of ZAKSA Kedzierzyn-Kozle was particularly dramatic as the team managed to come back from two sets down against Iran’s Sarmaye Bank. Skra Belchatow won against China’s Shanghai Golden Age in straight sets, but it was enough for Srecko Lisinac to impress on all counts, but mostly from the serving line with seven aces. The other two European teams, Russia’s Zenit Kazan and Italy’s Cucine Lube Civitanova, shut out their opponents to complete their continent’s domination in Tuesday’s action.
Pool A in Opole

Two-time Asian champions Sarmaye Bank silenced the 2,800-strong sell-out crowd at Opole Arena as they won the first two sets against ZAKSA Kedzierzyn-Kozle, before the reigning Polish champions found the way to turn the game around and open their campaign with a thrilling 3-2 (19-25, 20-25, 25-16, 31-29, 17-15) win.