Czestochowa, Poland, December 1, 2018 - Italy is assured an FIVB Men's Club World Championship a gold medal for the first time in six years, after Cucine Lube Civitanova and Diatecx Trentino beat their opponents in Saturday's semifinals of this year's edition and set up a 'domestic' clash for gold.

But the big question is: Will Trentino, the most decorated club in the history of the competition, manage a fifth world title, or will Lube claim their first ever, after failing in last year's final?

Lausanne, Switzerland, October 19, 2018 - Serbia outshone the Netherlands and Italy stunned China after phenomenal fourth and fifth sets in Friday's semifinals to set up a historic all-European final at the 2018 FIVB Volleyball Women's World Championship in Yokohama, as Paola Egonu smashes the all-time scoring record in the competition.

This is Serbia's first ever World Championship final (after missing out in 2006 when they had to settle for bronze).

The Dutch started it all off in Nagoya as Lonneke Sloetjes scored a tournament-high 38 points for an incredible comeback from two sets down to beat USA in five, qualify for the semifinals and send the defending champions crashing out of the tournament - sweet revenge for the Netherlands for their defeat to the Americans in the bronze medal match of the Rio 2016 Olympic Games.

The result also sees reigning Olympic champions China make it through to the semifinals without even having to play again.

It is the first time since 2006 that USA are out of contention for a medal at a World Championship, after finishing fourth in 2010 and striking gold in 2014. 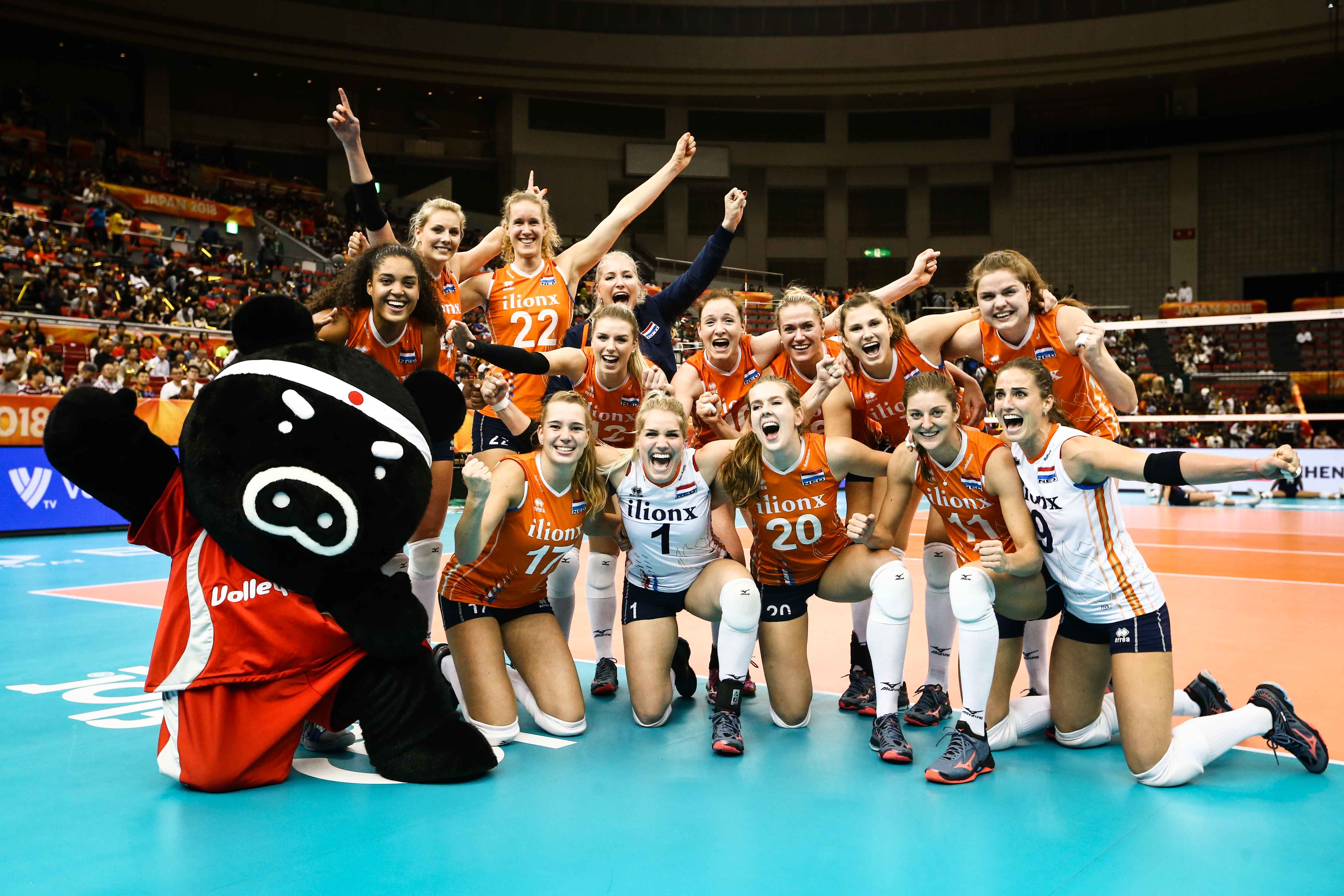 The Netherlands celebrate a huge comeback win over USA, Monday evening in Nagoya, to make the semifinals of the 2018 FIVB World Championship.

Lausanne, Switzerland, September 28, 2018 – With the 2018 FIVB Volleyball Women’s World Championship just hours away, the world’s best 24 teams are flocking to Japan, where six different cities will host the tournament running from the first whistle at 13:10 local time (04:10 GMT) on September 29 through the gold medal game on October 20.

No Substitute for Hard Work

Karch Kiraly warms up with the U.S. Women's National Team at the 2017 USAV Cup

Originally published in the spring 2015 issue of Volleyball USA

It was great fun for me to watch Shawn Olmstead and his underdog Brigham Young team churn its way through the NCAA Division I Women’s Volleyball Championship tournament in December 2014 and face Penn State in the ﬁnals. It reminded me of all the hard work that I put in as a teenager when I played for Shawn’s father, Rick, on the volleyball team at Santa Barbara High School.

The Tokyo 2020 Olympic Games were brought into focus today with the unveiling of the mascot for the Olympic Games that runs from July 24-August 9, 2020.
Miraitowa was presented to the Japanese public for the first time at a naming ceremony at the Tokyo Midtown Hibiya, along with the Paralympic Games mascot Someity. Both will become well-loved figures in Japan as the countdown to the Games continues.

His personal achievements include winning the bronze medal at the 2015 European Games in Baku and the first ever#VNL championship, incredible right? What an impressive career and he's only 23! His club is Fakel Novy Urengoy back in Russia. He originates from Samarski reg and loves music! When he's not playing Volleyball, he enjoys a good book, amongst his favourite is War and Peace from Russian author Leo Tolstoy, great Choice Dmitri! Big up for Russia!