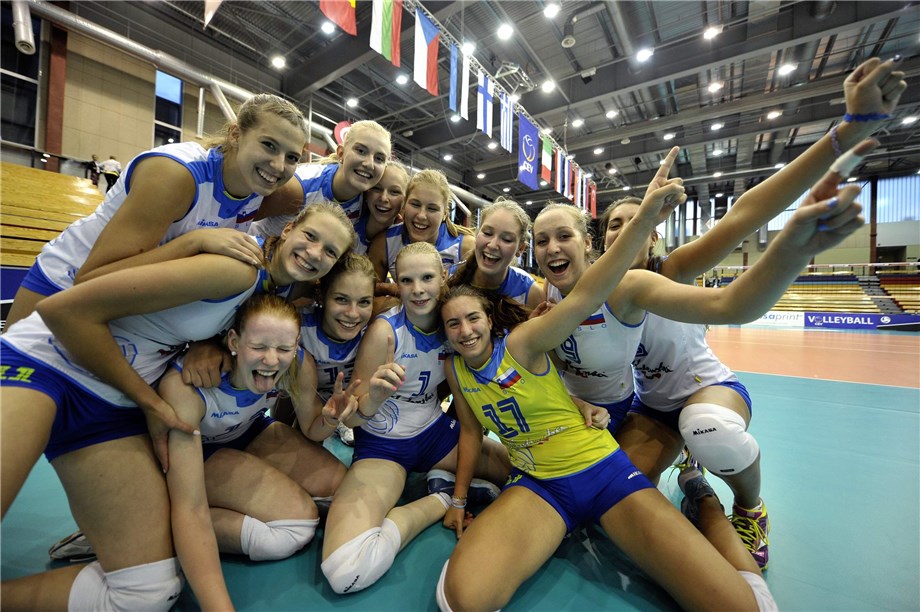 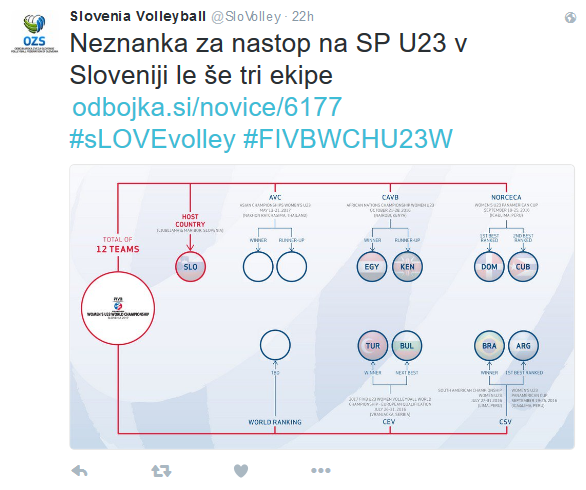 As volleyball countries go, Slovenia is one of the youngest - the country's volleyball federation was only founded in 1991 after the breakup of former Yugoslavia. Their women's national team only made it to the European Championship for the first time in 2015, ranking 16th.
Their appearance at next year's U23 World Championship is just their second ever in an FIVB female competition, after a 13th place at the 2013 FIVB Volleyball Girls' U18 World Championship in Thailand. 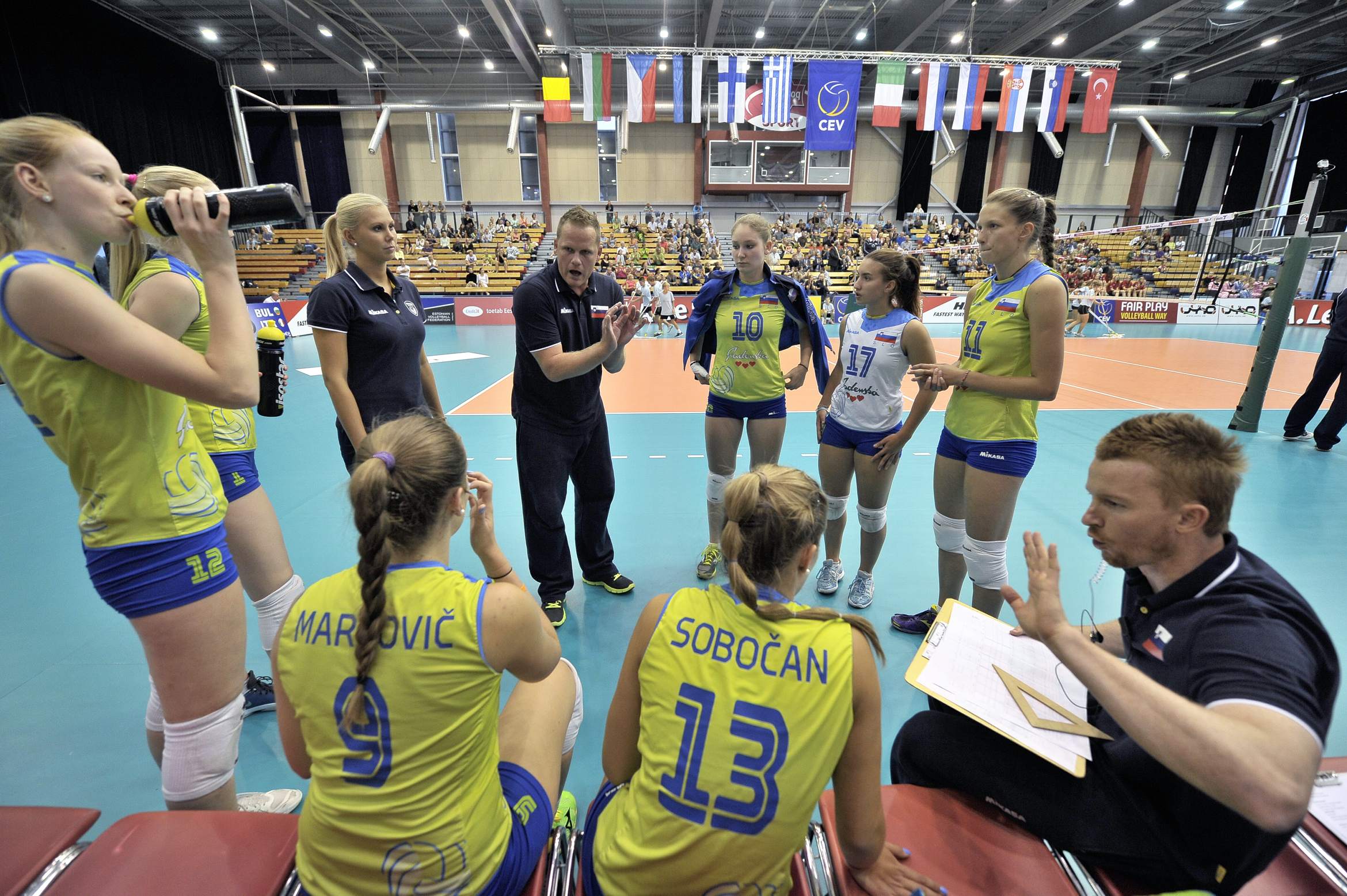 Slovenia's Junior National Team receive instruction in the final of the 2014 European Championship.
But at age-group level they're not without their successes - most impressively their silver medal finish at the 2014 Women's Junior European Championship in Finland, where they ranked second only to Serbia, with Eva Mori named Best Setter and Maja Pahor Best Libero of the competition.
At the 2017 FIVB U23 World Championship, Slovenia will be looking at riding on the momentum of the successes of their male teams, but will be building up on the secure foundations of a young generation of women that makes the future for the sport in the country look so very bright.