Tehran, Iran, February 11, 2017 – The Iranian Volleyball Federation will stage a snow volleyball tournament for the first time at the Dizin resort in the Alborz mountain range near Tehran.

The historic competition will be held by the IVF in association with Austrian agency Chaka2, the agency responsible for creating and organizing parts of the 2017 CEV Snow Volleyball European Tour.

Women Final Round of the 2017 CEV U18 Volleyball European Championship

Arnhem, Netherlands, February 10, 2017. All conditions are there for an exciting and memorable Final Round of the 2017 CEV U18 Volleyball European Championship – Women following the Drawing of Lots that took place on Friday late afternoon at Openlucht Museum / Kasteelboerderij in Arnhem, the Dutch city playing host to the tournament scheduled for April 1 to 9. There is a lot to look forward to since this competition will provide Europe’s ‘stars of tomorrow’ with a unique opportunity to shine and achieve the first major success in their still young careers. Following Friday’s Drawing of Lots, the composition of the two preliminary pools reads as follows:

Pool I: Netherlands, Turkey, Bulgaria, Russia, Germany, Italy
Pool II: Poland, Greece, Serbia, Belarus, Romania, Slovenia Next to hosts the Netherlands, 11 more teams secured their participation in the Final Round of the U18 Women’s European Championship following the qualification rounds played in mid-January.

William G. Morgan (1870-1942), who was born in the State of New York, has gone down in history as the inventor of the game of volleyball, to which he originally gave the name “Mintonette”.

The young Morgan carried out his undergraduate studies at the Springfield College of the YMCA (Young Men’s Christian Association) where he met James Naismith who, in 1891, had invented basketball. After graduating, Morgan spent his first year at the Auburn (Maine) YMCA after which, during the summer of 1895, he moved to the YMCA at Holyoke (Massachusetts) where he became director of physical education. In this role he had the opportunity to establish, develop and direct a vast programme of exercises and sport classes for male adults.

Frankfurt, Germany, February 8, 2017. Andrea Giani is the new head coach of the German men’s Volleyball national team. The 46-year-old Volleyball legend from Italy follows in the footsteps of Vital Heynen under whose guidance Germany won bronze at the 2014 FIVB World Championships in Poland and gold at the Baku 2015 European Games. Giani’s focus will be mainly on this year’s European Championship Finals as well as on the qualification rounds for next year’s FIVB World Championship. “I do firmly believe in hard work and in the strength of the players belonging to this group,” Giani said.

Serbian Women’s volleyball champions Vizura Belgrade will not appear at today’s CEV Cup match of the 8th Finals against hosts Khimik Yuzhny from Ukraine (17:00 C.E.T.) due to flight problems.

As our sources revealed, Vizura delegation departed from Istanbul to Odessa this morning, but never managed to land at the airport in this Ukrainian city. In fact, bad weather conditions caused major airplane turbulence, so heavy that, at one point, players and the staff of Serbian team thought they will crash. Thus, the pilot decided not to take any chances and returned the plane to Istanbul. 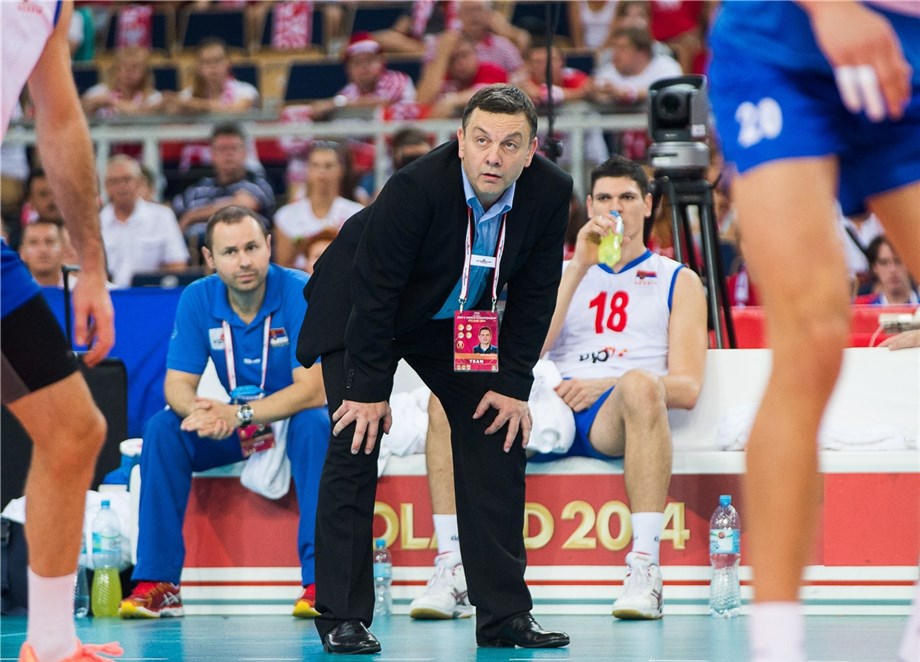 Igor Kolakovic has been tasked with continuing Iran's development