Male, Maldives, February 2, 2017- Iran proved a cut above the rest in the 2018 FIVB Volleyball Women’s World Championship Qualification Tournament AVC Central Zone to qualify for the Asian final round.

The tournament attracted three countries comprising Nepal, Iran and Maldives to vie for the top honour and the lone berth to contest the second round, which will be split into Pool A in Kazakhstan and Pool B in Thailand, both to be held between September 20 and 24, 2017.

After months and months of waiting, we finally know who will lead Russian men's and women's national teams in the next Olympic cycle.

Sergey Shlyapnikov has worked in several Russian clubs including Yaroslavich, Fakel and Dinamo Krasnodar, while he has also coached Russia U18 national team.

However, these expectations have taken a sudden shift as Nakagaichi was supposed to take over the National Team in April 2017. This is due to a car crash that he had on the Chugoku Expressway near the city of Shobara on November 9th, which seriously injured one person. 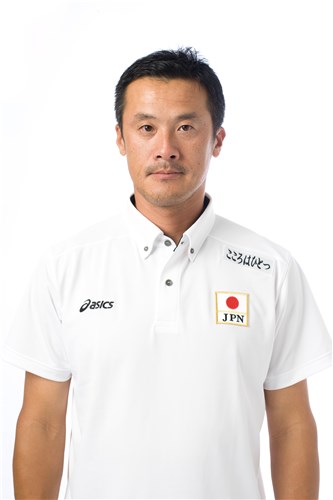 Both the V-League and the JVA started compliance violations investigations on Nakagaichi due to the accident. On December 22, the V-League announced their finding and found that Nakagaichi had violated 3 V-League compliance laws and failed to comply with V-League regulations. A penalty was not handed out by the V-League at that time and still has not as of this article being published. Nakagaichi is still working as the Director of the Sakai Blazers V-League team.

Lausanne, Switzerland, January 31, 2017 – The FIVB Volleyball Men’s Club World Championship will be the final event on the international federation's 2017 volleyball calendar, with a new event formula to bring excitement to the volleyball community when Poland hosts the tournament from December 11 to 17.The new event formula includes the continental champions from South America, Europe and Asia, who will be joined by the league champions of the host country - Poland, and two league champions from the top countries in the FIVB ranking on December 31, 2016. Rounding up the eight-team roster in the Men’s Club World Championship will be two wild cards, to be announced closer to the event.
Last year, Sada Cruzeiro and Dinamo Kazan met in the final, where the Brazilian club outplayed the Russian team in straight sets.

These two powerhouse squads could still earn a direct ticket to the annual men’s club showdown, and have shown fine form domestically.Sada Cruzeiro are top of the Brazilian Superliga with an undefeated record of 14-0 following a straight-set defeat of Caramuru Volei in the third round this year. Zenit Kazan meanwhile lead the Russian league and are still in contention for a third European Champions League title.The Brazilians are eager to match Trentino Volley’s title count in the World Championship. Trentino are the most successful team in the history of the Men’s Club World Championship with four trophies, while Sada Cruzeiro follow closely with three titles.Meanwhile, Taichung Bank of Chinese Taipei will try to defend their continental title against top Asian clubs from Iran, Japan, China and Thailand in the 2017 Asian Men’s Club Volleyball Championship, which will take place in Vietnam from June 27 to July 5.Relive the best moments from the last day of the 2016 FIVB Volleyball Men’s Club World Championship in Betim, Brazil below.

Volleyball FIVB_ How has prize money changed with the FIVB World Grand Prix?

The FIVB World Grand Prix is the annual competition for women’s national teams that has been held since 1993. The first competition had 8 teams, but as this was pre-internet, we could not find information on the amount of prize money that was awarded at that time. So, we will start from 1995.

Players and coaches of both Men’s and Women’s senior teams of Dinamo Krasnodar are fighting to survive.

In only two days, last weekend, players and coaching staff of both Men’s and Women’s Dinamo Krasnodar boycotted games in the Russian Championship. They thought there was no other way to draw attention to their financial problems – not received salaries from beginning of the season and even at the end of previous.