John Dunning- GOING OUT ON TOP

I have had the joy of coaching in a sport I love for decades, but have decided that it is time to retire," said Dunning, who in December led Stanford to its record-tying seventh NCAA title with a 3-1 victory over Texas. "I have had the wonderful opportunity to coach so many great student-athletes, and work with amazing people in amazing programs at great universities.

We all know that Cuban volleyball national team would be difficult to stop if they were together at one tournament.

Former player of PGE Skra Belchatow Yosleyder Cala has created his Cuban Dream Team, which gave us the idea to do the same.

We will know try to single out the best seven players that would make the Cuban Dream Team.

Azimut Modena is the most popular team in volleyball Serie A1

Azimut Modena is the most popular team in volleyball Serie A1, according to Gazzetta di Modena.

In seven home volleyball games there were 28,921 spectators in total, which means 4,132 fans average per game.

2017 -World League to set out road ahead 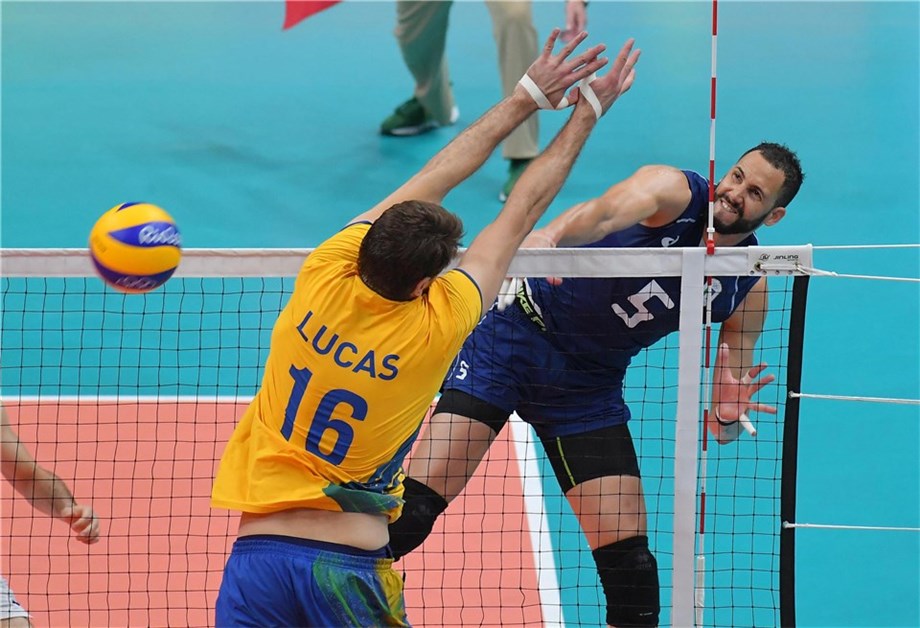 Lausanne, Switzerland, January 3, 2017 - The 2017 edition of the FIVB Volleyball World League will again match the best national teams in the world. It will also be an opportunity for participants to confirm successes or bounce back from disappointments at last year's major tournaments, including the Olympic Games in Rio de Janeiro.The opening weekend of the 2017 competition will even feature a repeat of last year's Olympic final, which saw Brazil defeat Italy 3-0. On the second weekend, 2012 Olympic champions Russia will hope to defeat 2016 Olympic bronze medallists the United States, after losing to the North Americans in the bronze-medal match in Rio.Brazil, Italy, USA and Russia will be among the favourites to win the 2017 World League. Reigning champions Serbia, however, will also be out to defend their first title....

Carl McGown passes away at the age of 79

PROVO, Utah (Dec. 30, 2016) — Legendary BYU men’s volleyball coach Carl McGown passed away Friday afternoon at the age of 79 surrounded by his wife Susan and his family.

McGown, a coaching icon in the volleyball world, led the Cougars for 13 seasons from 1990 to 2002, guiding BYU to two NCAA National Championships and twice earning National Coach of the Year honors. His 1999 team finished with a school record 30 victories, only losing one match, and claimed the school’s first men’s volleyball national championship.
In his 13 seasons at the BYU helm, McGown compiled a 205-131 (.610) record and won numerous awards. The AVCA named him the National Coach of the year in 1999 and 2001 and he was awarded the Tom Haine Memorial Award in 2000.

Perugia’s coach on the bench of Halkbank

Halkbank agreed with the Serbian coach who today had his first training with the team.

At the beginning of the new season 2016/2017 Kovac has trained Sir Sicoma Perugia.

It's no secret that he had offers from Asseco Resovia RZESZOW and PGE Skra BELCHATOW, but he opted for Turkey.