Tehran, Iran, November 4, 2016 – The FIVB Coaching Course Level I is being held from November 1 to 5 in Arak, Markazi Province, with a total of 35 coaches taking part in the five- day course.

The course, which has been set up under the direct supervision of Research and Training Committee of Iran Volleyball Federation, is divided into two sessions – the morning theoretical class and the afternoon practical session. The course is instructed by Mr. Khosro Ebrahim from Iran and Mr. Shihaab Al-Din Al-Riyami from Oman.

On October 8, the Grand Prix Conference as the third and also final indoor tournament of the 2016 Philippine SuperLiga has started.

So far, four rounds were held and only Petron Blaze Spikers have perfect 4-0 score while reigning champions F2 Logistics Cargo Movers have 2-2.

See all SuperLiga Grand Prix results so far as well as the current standings.

SuperLiga teams are allowed to hire two foreign players each and all of them used this right. Most of them came from the United States.

Samanta Fabris of Pomi Casalmaggiore tries to get past the block of Igor Grogonzola Novara's Laura Dijkema in the Italian A1 League. 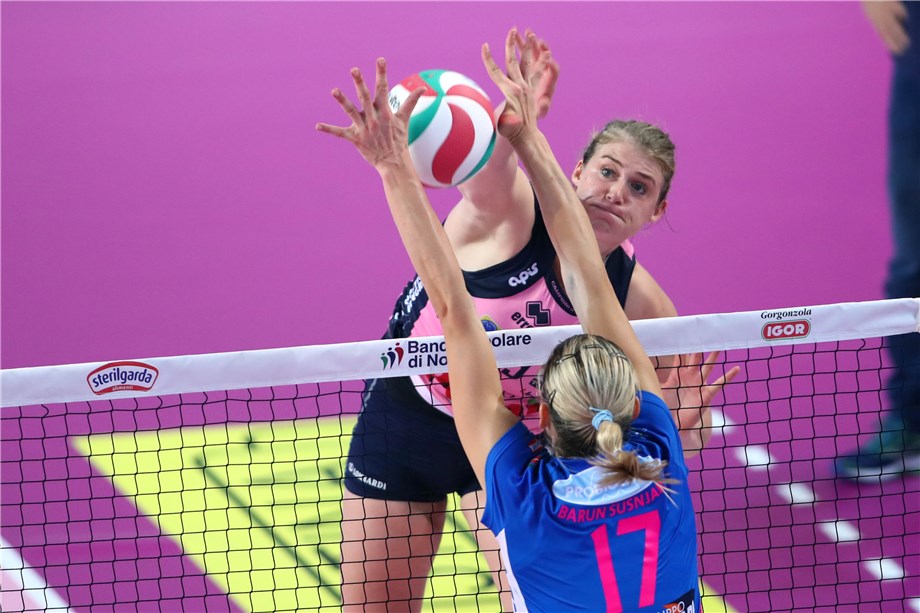 Samanta Fabris of Pomi Casalmaggiore tries to get past the block of Igor Grogonzola Novara's Laura Dijkema in the Italian A1 League.

Lausanne, Switzerland, November 6, 2016 - After claiming the bronze medal at the 2016 FIVB Women's Club World Championship a fortnight ago in Manila, VakifBank Istanbul continued their winning streak in the Turkish League this week, to remain undefeated after three matches.Lonneke Sloetjes of The Netherlands and Milena Rasic of Serbia scored 15 points each midweek to lead VakifBank to a 3-0 (25-17, 25-21, 25-23) sweep of Galatasaray Istanbul.VakifBank topped that with another straight-set win, 3-0 (25-14, 25-18, 25-23) at home over Nilufer of Bursa, with USA's Kim Hill scoring 17 points and Sloetjes another 14.Reigning world champs in Round 4 of Champions League

Ljubljana, Slovenia, November 5, 2016. Slovenian champions ACH Volley LJUBLJANA can barely wait for the home match against Omonia NICOSIA on schedule for the second round of the 2017 CEV Volleyball Champions League – Men knowing they can rely on the advantage resulting from the compelling 3-0 victory they claimed on Wednesday away from home.

Volleywood aka the world’s largest volleyball blog proudly announces the complete list of nominees for THE 2016 BEST AWARDS which recognizes the world’s best players for their achievements this year. The winners will be determined via global fan voting which will start on November 4th, 2016. 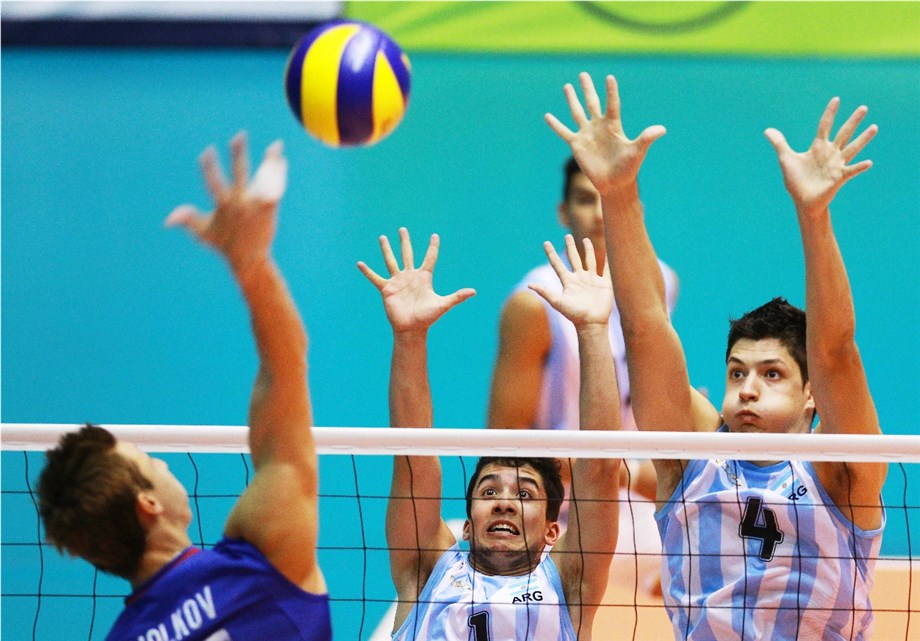 Lausanne, Switzerland, November 2, 2016 - Five teams have now qualified for the 2017 edition of the FIVB Volleyball Men's U21 World Championship and will join hosts the Czech Republic in Brno and Ceske Budejovice from June 23 to July 2. Argentina became the latest team to qualify after winning the South American U21 Men's Championship in Bariloche, Argentina which ended on October 23.