I was born on 12th August 1953 in Jesenice. After primary school in Lig near Kanal ob Soči, I continued schooling in School of agriculture in Nova Gorica. Then I started to work in factory Salonit in Anhovo. I also continued schooling in Secondary school of Economics in Nova Gorica. Later I also wanted to finish Faculty of Economics in Ljubljana, but I didn't succeed because I was too active in sport. I didn't work only in Salonit Anhovo - I also worked in factory of machines Gostol in Nova Gorica and in bank Ljubljanska banka Nova Gorica. I teached gymnastics several years in primary school Dobrovo in Goriška Brda and in primary school Solkan pri Gorici. I was active in many sport branches while I was young - football and especially volleyball. In 1973 I was a member of national team of Montenegro in military games in Nikšič in ex Yugoslavia. When I came home, I played as an amateur volleyball player for team Salonit Anhovo. In 1980 I started to devote more time to vollyeball. First I was municipal, regional and then national arbiter. In 1987 I passed my first exam for volleyball coach. Then I started as a trainer of young girls in primary school Milojka Štrukelj in Nova Gorica. Next year I was selected for the first coach of second team of Volleyall club HIT Nova Gorica. I became a national cadet champion with this team in 1989. In the 90's I passed all 3 exams for volleyball coach in Italy, which gave me an oppurtunity to be a coach in Italian A League. I have been volleyball coach for 21 years now. I trainned women and men volleyball teams - especially in Italy. As a coach I didn't work a lot in Slovenia - only in Nova Gorica with team HIT Nova Gorica in season 2008/09. In seasons from 2001 to 2004 I worked as a second coach in Adriavolley Trieste, who played in the Italian strongest A League. In the period from 1992 to 2002 I was also head coach in cadet, youth and adult national team of Slovenia.. 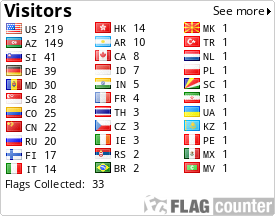